A Pull-based Model To Deploy Code With Ansible 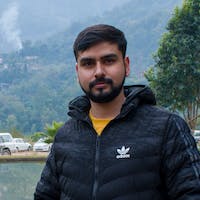 At LambdaTest, there is a massive scale-in of dedicated machines (inventory) on which Continuous Deployment needs to be performed on a regular basis. The deployment usually done earlier via webhooks to trigger the CD tool to begin the deployment process with a push-based mechanism. The deployment process worked without any issues when we had an inventory less than 500 but after we scaled beyond that, this method started to fail due to below challenges:

When looking for a potential solution, we came across ansible-pull which was apt for solving challenges in our current use-case. With this, we avoided the need to do usual push implementation via Ansible Playbooks. 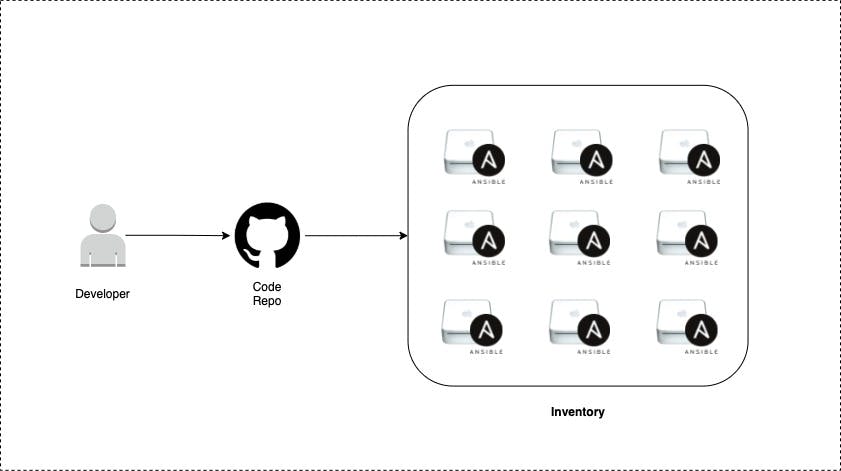 Let us deep-dive into the essential aspects of ansible-pull and how we leveraged it for Continuous Deployment at LambdaTest.

What Is an Ansible Pull?

In an Ansible pull-based approach, the servers pull the latest Ansible code from a central repository and run the tasks accordingly. The system admin no longer has to run any manual tasks :) 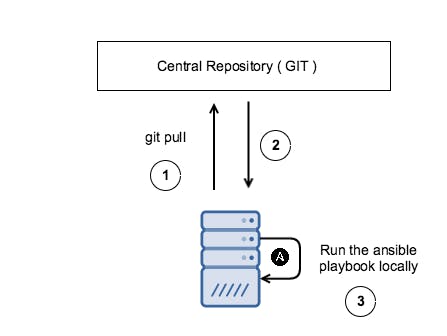 How to pull the latest Ansible code?

The remote server will pull the latest Ansible code from central repositories like Git to the local machine. The inventory file will typically have the IP as 127.0.0.1. The Ansible code is normally pulled through an option -U which is passed with remote repository URL while executing ansible playbook. This execution part is set in a cron job that runs at a specific time frame (e.g. every day at midnight).

A shell script for setting-up the target machine for the ansible-pull. Command to download the script:

This is a one time execution command which need to be executed to setup the machine. The downloaded file consists installation of git, python, pip, ansible.

The code structure is pretty straightforward. This is how the ansible-pull job is set up:

The playbook/main.yml file is where things get super interesting. If you have been using Ansible, it should be fairly straightforward to make it work for your project. It’s a basic playbook which deploy the application, setup and configure the things on machine. There are roles for specific tasks to be performed:

This is the easy part, all you need to do is adding the following command as a cronjob to the system:

The pull-based deployment strategy of Ansible helped LambdaTest in reducing infrastructural drifts in the system, with scalability.