Apple's HFS vs APFS Filesystem - Which One We Chose For Our Customers, and Why !! 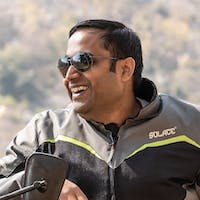 Apple released their ingeniously named Apple File System (APFS) in 2017. Officially, it was released to cover shortcomings of HFS+, like data checksums, and included new features to provide better support for Apple products.

While new file system sounded great and had a lot of pro behind it to make it a choice of file system, but we wanted to compare both from every angel. So we did just that. We compare HFS+ and APFS to determine how the file systems stack up for end-users. In particular, we focused on understanding the performance requirements of our end users (if there are any).

Mac OS Extended (HFS+) was introduced in 1998 for Mac OS 8.1, the previous iteration of the desktop operating system found on Apple's computers. Marking the switch to Intel-based processors, Apple introduced OS X, a redesigned operating system based on UNIX capable of running on the new hardware.

HFS+ was initially retrofitted to support the transition to a UNIX-based OS and has been augmented throughout the years to add new features, including compression, journaling support, and whole disk encryption (FileVault Feature).

The final code for Apple File System (APFS) was released to the public alongside macOS High Sierra in 2017. Apple's newest file system is the default for new installs and upgrades unless otherwise specified by the user. APFS was designed for flash-based devices, making it a suitable solution that scales Apple's entire line of devices.

APFS has been known to increase read/write speeds on Solid-State Drives (SSDs), as well as increase storage space due to the way in which it calculates the available data on disk. Since it was written from the ground up, many of the newer technologies that have been implemented are not retrofits (unlike it was on its predecessor) but are native to the file system, which allows for better performance when using modern computers.

note: Run this script as root (i.e. sudo), else you won't be getting correct results as it won't be able to purge the in-memory data and give you IOPs data from RAM

LambdaTest does not save customer data and all test cases executed on the LambdaTest grid are isolated. We did not utilize a lot of features offered by APFS, as we only needed speed so that we can help our customers execute automation tests at scale.

Our application is more write-based compared to read from disk. Going ahead with HFS+ looked like the best way to increase the performance of LambdaTest's cloud-based Selenium platform.

We will keep this journey going to keep exploring and enhancing our cloud services to give best in class performance.